When I moved to Europe and came up with a list of all the places I wanted to visit, Scotland didn’t cross my mind at all. I guess I saw it as dark and gloomy and aside from the weather, I didn’t really know anything about it. Then my favorite band, Old Dominion, announced they were going on a U.K. tour and I just had to see them, so rather than going somewhere like London again, my Mom and I picked a different tour stop: Glasgow.

We booked ourselves a five-day stay in Scotland. We flew in and out of Glasgow, but friends told us Edinburgh was the nicer of the two cities so we went there via bus as soon as we arrived. Honestly the most exciting thing I did in Glasgow was going to this concert (and spontaneously seeing another country singer, Maren Morris, the night before when I realized she was in town). Glasgow was more modernized and industrialized whereas Edinburgh still had its historic charm with the castle towering over the city at the top of a hill and architecture that made me feel like I had stepped onto the set of Harry Potter.

My favorite thing I did in Edinburgh was climbing to the top of Arthur’s Seat, a giant hill at the edge of town with 360-degree views of the city and the North Sea. After a long day of sitting on planes and buses, it was nice to stretch my legs and get some exercise on the challenging uphill climb. Unfortunately, after that we were too cold and tired (we had a 6 a.m. flight) to do any more sightseeing. Ideally we would have had another day in Edinburgh.

Seeing the cities was necessary, but I would advise anyone traveling to Scotland to venture north because the best part of our trip by far was a three-day tour of the Scottish Highlands and Isle of Skye. I honestly had no idea what the rest of Scotland would look like, but the tour got amazing reviews on Trip Advisor so we booked it and it was the best decision. The entire six-hour drive from Edinburgh to the Isle of Skye had scenic views that started as vibrant green fields and became more and more mountainous the farther north we went. Our guide knew all the best places to stop for pictures and took us to adorable small towns along the way.

Views along the road 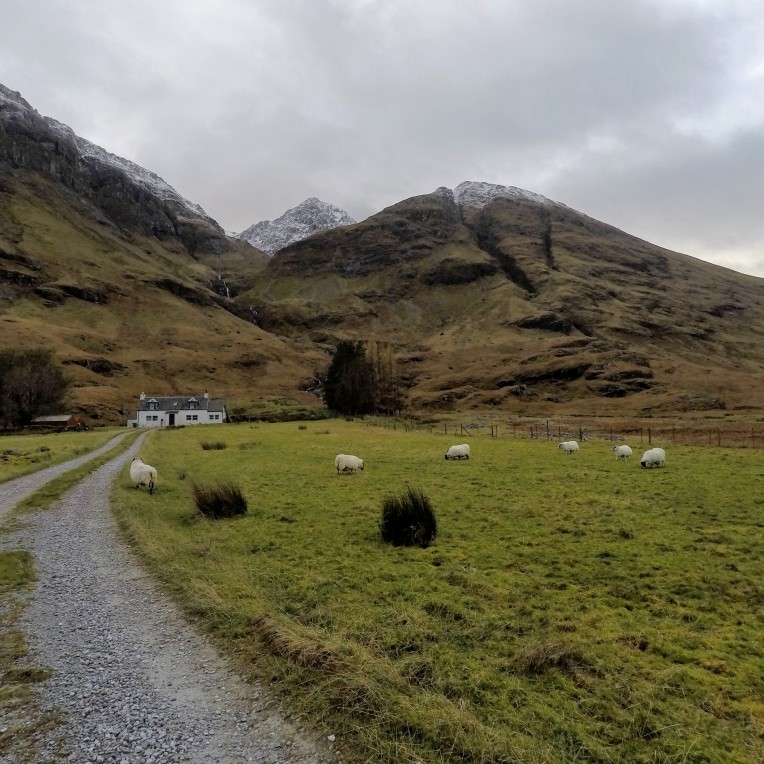 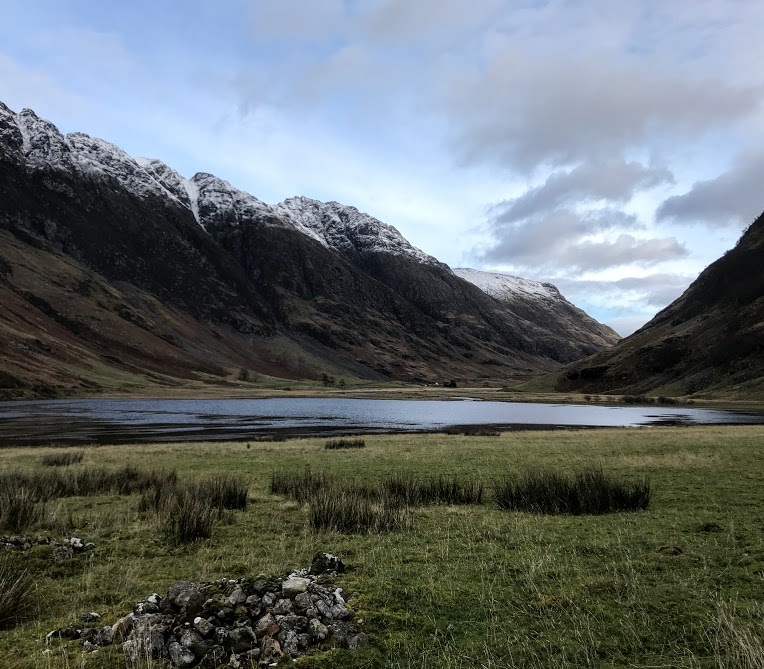 We spent our two nights of the tour in a bed and breakfast in the tiny fishing village of Portree on the Isle of Skye. It was a welcome change of pace compared to almost all of our previous trips where we stayed in hotels in the middle of cities. At the restaurants in town I got to eat my favorite food, macaroni and cheese, which I don’t find very often in Europe, while also trying some local cuisine including the freshest seafood, sticky toffee pudding, and haggis. I knew this national dish of Scotland was something disgusting, but I ate it anyway and it wasn’t terrible, just tasted very meaty and savory. I smartly waited until after to Google what exactly it is: sheep organs mixed with some spices and onions that are then encased in stomach. Yum.

The whole second day was devoted to the various sights of the Isle of Skye, from the cliffs on the Atlantic Ocean to the fairy pools of the creeks running through the mountains. And of course I can’t forget my favorite part…all the sheep! It was mind-blowing to be somewhere so remote and seeing landscapes unlike anything I’ve ever seen before. I’m hoping the pictures below capture it because I have no more words.

We were also blessed with sunshine and temperatures in the upper 40s, atypical Scottish weather. Surprisingly it was actually colder at home in Maryland that day than it was in Scotland. One of the major differences, though, was the lack of daylight. The sun didn’t fully come out until almost 9 a.m. and was already setting by 3:30. While we may have been able to see more in the summer months because there would be more daylight, I feel like we got the full Scottish experience with the cold. We weren’t as lucky with weather on our last day as it rained pretty much the whole drive back to Edinburgh. We stopped at Loch Ness and searched for Nessie with no luck, but it was surreal being at a place I heard tons of stories about growing up, even if it was just a lake.

Houses near the castle

I’m honestly shocked by how much I loved this Scotland trip considering I’m much more of a summer, beach-loving person. I guess I learned a lesson to be open to traveling just about anywhere and to expand my European bucket list beyond just the warm, Mediterranean places. With that being said, I’m off to the Canary Islands tomorrow to bask in the sun and pig out at an all-inclusive resort and I could not be more excited to escape the cold weather.