June turned out to be my busiest travel month since I moved to Europe. My mom and I spur-of-the-momently drove to Belgium for a weekend and then I was showing friends from college around Munich and the German Alps. So when my six-day trip to Spain with my study abroad friend, Connie, became more of a beach holiday than a sightseeing one, I was thrilled to relax in such a beautiful destination.

We decided on Valencia and Alicante. Having been to Madrid and Barcelona and not being the biggest fan of either city, I wanted to find a spot in Spain I COULD be a fan of, especially because it’s important to me to go back and practice my 8 years of Spanish.

Well I certainly found my new favorite place in the country: Valencia. We spent the first 3 days of our trip there, which was the perfect amount of time to see the city and also chill at the beach. Though there aren’t a ton of things to do, we found the city was very walkable and cleaner than Barcelona and Madrid; plus it had lots of nice restaurants, coffee shops and tapas bars that we took full advantage of—we didn’t have any bad meals! The weather also helped. On a free walking tour we not only learned about Valencia’s history but also found out the city gets 20 days of rain total per year. There were a few wispy clouds our first day, but we didn’t see a single cloud the rest of the week. Seriously I need to move there. 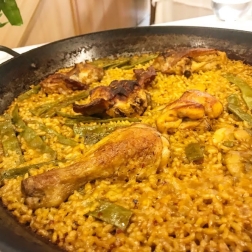 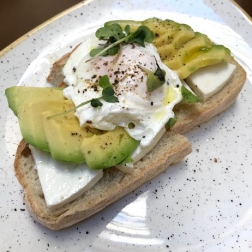 Besides the walking tour, the only touristy things we did were climbing the tower of the cathedral for €2 and strolling through the City of Arts and Sciences to appreciate the futuristic architecture of the aquarium, opera house and more. I also managed to get in a run through the park that was built in the dried-up riverbed. There were so many other runners and I felt like such a local!

Walking in the City of Arts and Sciences 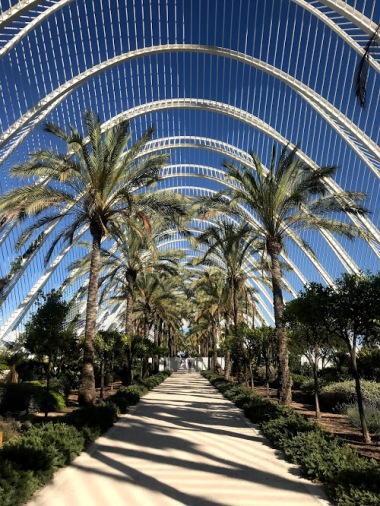 Walking in the City of Arts and Sciences 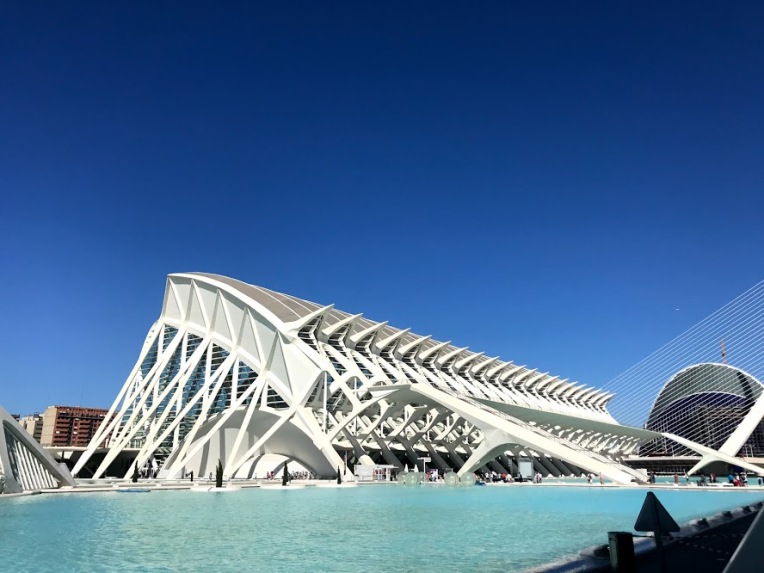 Aqaurium in the City of Arts and Sciences

After our three wonderful days in Valencia, we were off to Alicante on a 90-minute train ride through dry, rocky hills that seriously looked like they belonged on Mars. Alicante had even fewer sightseeing opportunities than Valencia, but I wasn’t complaining because the beach was just stunning. It was narrower and more crowded than Valencia’s beach, but I would still go back in a heartbeat if I were looking for another calm trip. Plus our accommodation was just a three-minute walk away, whereas the neighborhood by the beach in Valencia seemed fairly sketchy. We took an elevator through the giant rock that lies right by the surf to the Santa Bárbara Castle, which had some really cool views of the town and water below. 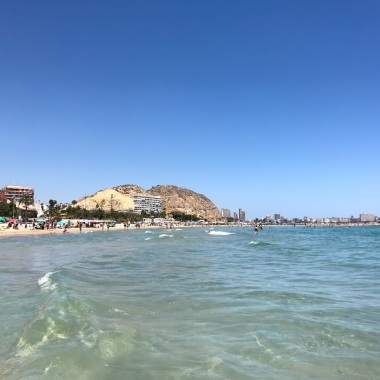 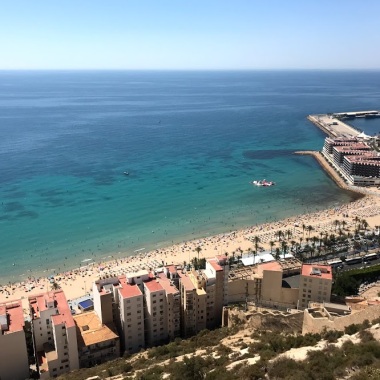 Santa Bárbara Castle on the hill

Inside the castle walls

Considering the beach is my favorite place to spend the summer and I live extremely far from any coast, this vacation was exactly what I needed after the hectic sightseeing I’ve done on my other trips. I forgot how much I love Spanish food and it was also refreshing to be able to understand and communicate with people speaking their native language, unlike in Germany where my German is minimal. For once, I didn’t feel like the ugly American.

My busy June continues on Friday with a five-day road trip around Slovenia and then I will be taking a much-needed break from traveling that will most likely end whenever I get the urge to beach again…so probably soon.